Despite the strength of her opposition in a season that saw Matamata-trained horses win no less than 13 Group One races, there was no great surprise that star racemare Melody Belle successfully defended her Matamata Horse of the Year title when the 2019-20 awards event took place at Matamata racecourse this week.

The Jamie Richards-trained bay created history as the first horse to complete a clean sweep of the Gr. 1 Tarzino Trophy, Windsor Park Plate and Livamol Classic at the Hawke’s Bay spring carnival. She then took that form to Melbourne, where in the space of a week she added the Gr. 1 VRC Empire Rose Stakes at Flemington and finished an unlucky second to Irish raider Magic Wand in the Gr. 1 VRC Mackinnon Stakes.

The Savabeel filly’s breeders Waikato Stud claimed the Champion Breeder title after another huge season headed by a total of 12 individual stakes winners.

Matamata’s champion stayer of 2019-20 is Sydney Cup winner Etah James, whose part-owner-breeders Mark and Cath Lupton also took the Owner of the Year trophy recognising the combined efforts of Etah James and the Karen Fursdon-trained Yearn, winner of the Gr. 2 Auckland Thoroughbred Breeders’ Stakes and placed in the Gr. 1 Thorndon Mile.

The standout performer amongst the Matamata racing community was champion trainer Jamie Richards, whose domestic tally of 101 wins ensured a second national premiership title. Jamie’s achievements in a landmark season were headed by a gobsmacking tally of 11 Group One races – Melody Belle (4), Avantage (3), Te Akau Shark (2) and Probabeel and Cool Aza Beel with one each. 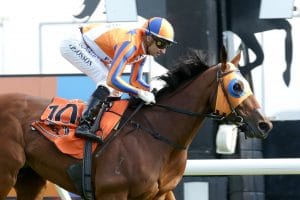 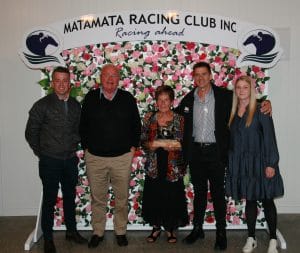 The full list of Matamata Racing Club Horse of the Year award recipients: